Our club Glendalough AC gears up for the Irish Winter cross-country season starting with back to back weekend commitments on the 2nd and 9th of October. Since we view this essentially as a precursor to Winter training, we try to not overdo high intensity work in an attempt to not wear down too much of next year’s condition.

This Sunday some of us travel to the traditional ‘open’ cross-country race at Stamullen in County Meath (the Star of the Seas) and with a few others running at the Dublin Half-marathon on Saturday or the Rathfarnham 5k this Sunday, we had to keep things short enough to allow recovery. 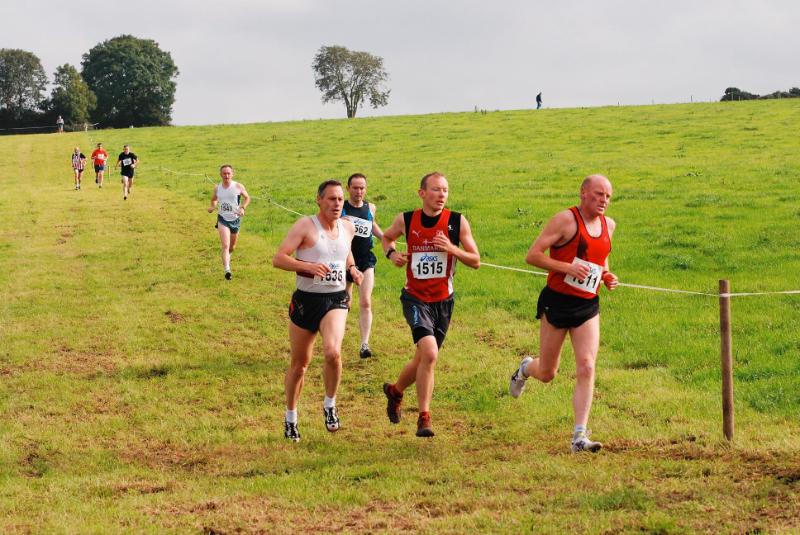 A happy memory fro my first go at the Star of the Seas cross-country in 2007. This year we revisit it.

The undoing of a good road runner

A big challenge which turns many good track and road runners into poor cross-country runners is constant change in ‘resistance’ from the course. The softer and heavier the ground the more muscular work must compensate for the lack of elastic recoil. Slopes and obstacles provide additional resistance and so do the regular sharp turns and twisty bends that slow you down and force you to accelerate back up to race pace – an inefficient way to run but one we must all master. So cross-country doesn’t suit muscularly weaker metronome-pacing and one-dimensional runners so well and neither does it favour overstriders who get punished heavily for their longer ground contact time on such terrain. Great coaches like Lydiard and Cerutty recognised this and saw cross-country as the natural way to precondition athletes for the winter training and the season ahead because it exposes our weaknesses and helps us work on them.

A power and pace based cross-country workout

With that in mind  I designed a short session that looks like this:

The main session aimed to practice the constant breaking up off ones pace alternating stride (very fast efforts) with easy sections. Obstacles further brought in a challenge to express high power quickly. I used plastic hurdles of three different heights for runners to pick what suited them best. Some hurdles were placed on easy sections and some on stride sections. In addition a few very sharp bends were inserted to get us ready to accelerate in and out of it quickly. 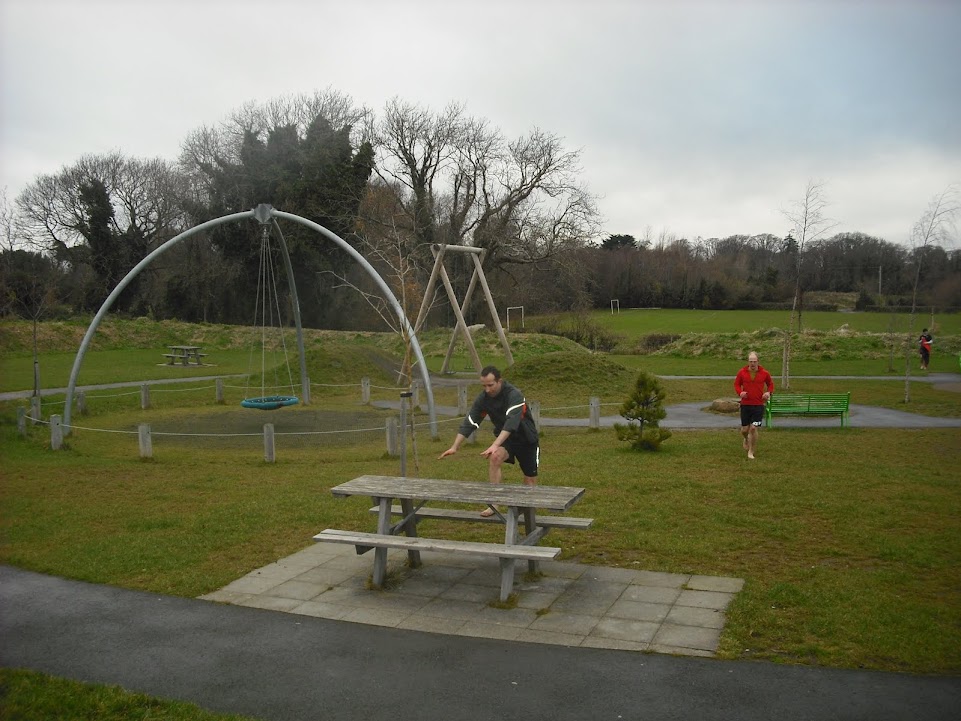 It took roughly 9 minutes to complete a circuit of just under 2 km with the overall strain being medium although heart rates would hit over 180 bpm for brief periods. Pace varies enormously because most of the strides were as short as 6 to 8 seconds and often involved accelerations out of sharp turns. Even so we could see paces up below 3:30 min/km (keep in mind we are not world class runners here). Just how chaotic this looks you can see here as I hit the ‘lap’ button every time we passed a cone.

To balance this out we did 10 minutes very steady cross-country running after a short jogging intermezzo during which we covered about the same distance (this time with no obstacles).

Interesting but a worthwhile workout?

You may well ask is this type of work bread and butter? No. General conditioning remains king. A fitter athlete will beat an athlete doing this type of workout without a base simply because they will not go so deep into oxygen debt. This type of workout only works as the polish on the chrome if we view the general endurance base as the chrome. So coaches and runners should see it as  a sharpener and at the same time a practical way to do an interesting session, with a group, that does not fatigue runners too much for races in the upcoming days.

The steady section at the end helps return the body to equilibrium and serves as some light maintenance of the ‘back-up’ paces that we may have to fall back upon in cross-country once our fuse blows.

In recent years Frans Bosch – the great biomechanics researcher – has shown how variability is a key element of developing better motor skills because this allows the body enough exposure to different movements that it can sort ‘not useful’ from ‘useful’ and at the same time running is a heavily power-dependent sport – because we always have to absorb and create great forces even at relatively slow paces. This workout ticks both these boxes and would also make a fine alternative to Lydiard Hill Circuits as part of a transition from longer steadier running to faster track intervals.